Illinois is known for Abraham Lincoln and Right Way Signs of Chicago recently had the extreme privilege of getting to paint our 16th President on the side of the Hotel Lincoln in the historic Lincoln Park neighborhood in Chicago. The hand painted mural of President Lincoln measured 8 stories high or 80′ tall by 40′ wide. The project started in November with an average temperature of 30 degrees and took 10 gallons of paint and 5 weeks to complete. The sign painting portion of the mural was at the bottom and says LINCOLN PARK. The hotel Lincoln management had the following statement about the mural: The words Lincoln Park and Abe image were definitely about the Hotel paying homage to Abe and the neighborhood. We owe much of our success to the neighborhood and hoping one day our building and mural could become one of the gateway landmarks for Lincoln Park.

It was truly an honor to paint this mural and we hope it becomes an iconic piece of art for the Lincoln Park neighborhood and the City of Chicago. 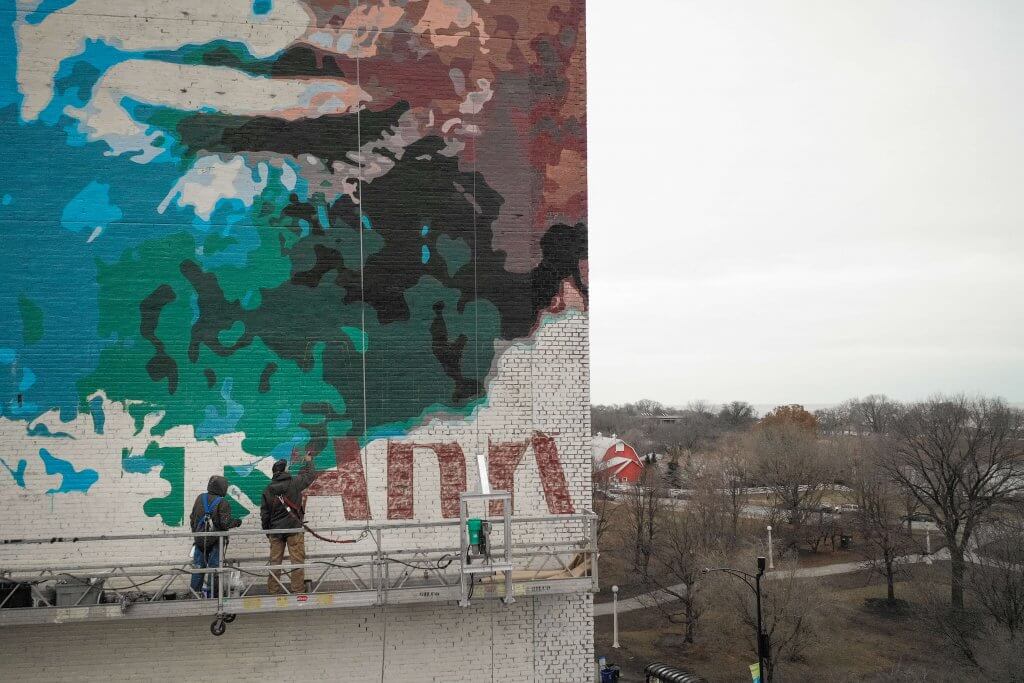 Painting 120′ in the air overlooking Lincoln Park, in Chicago. 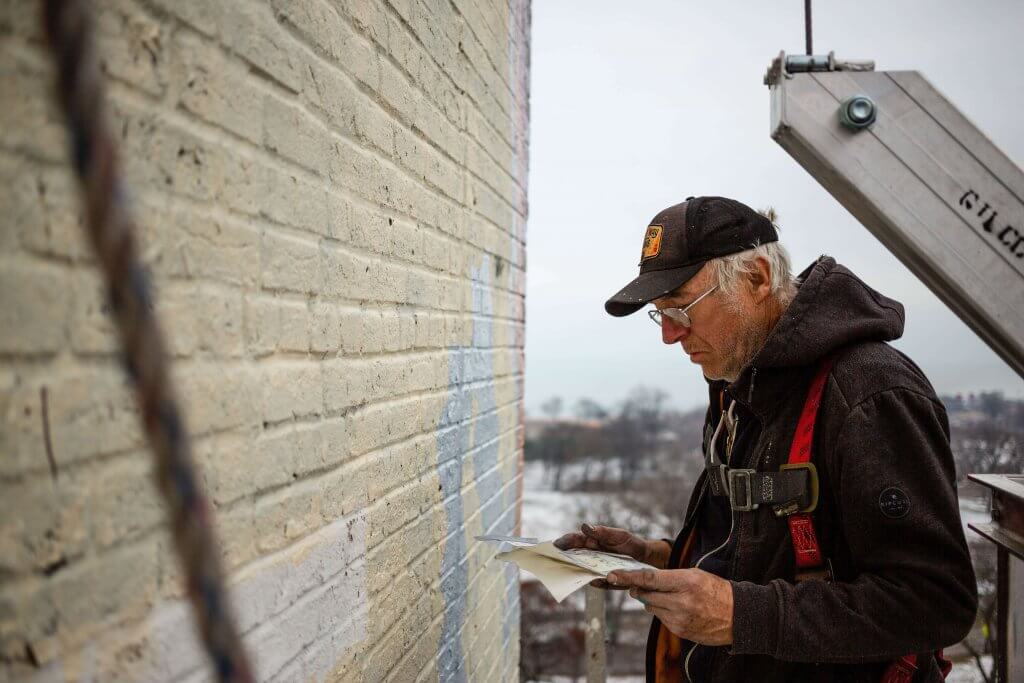 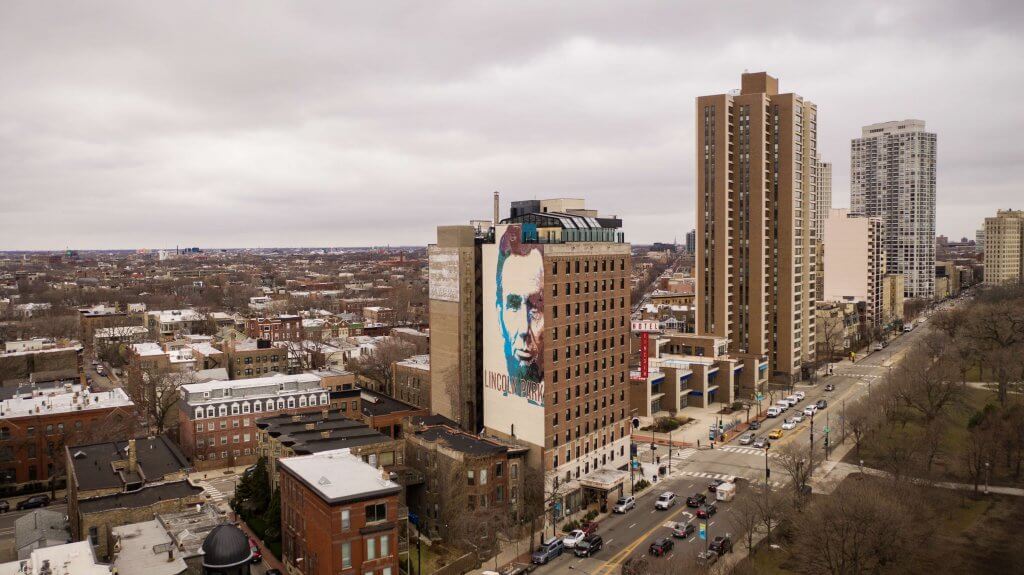 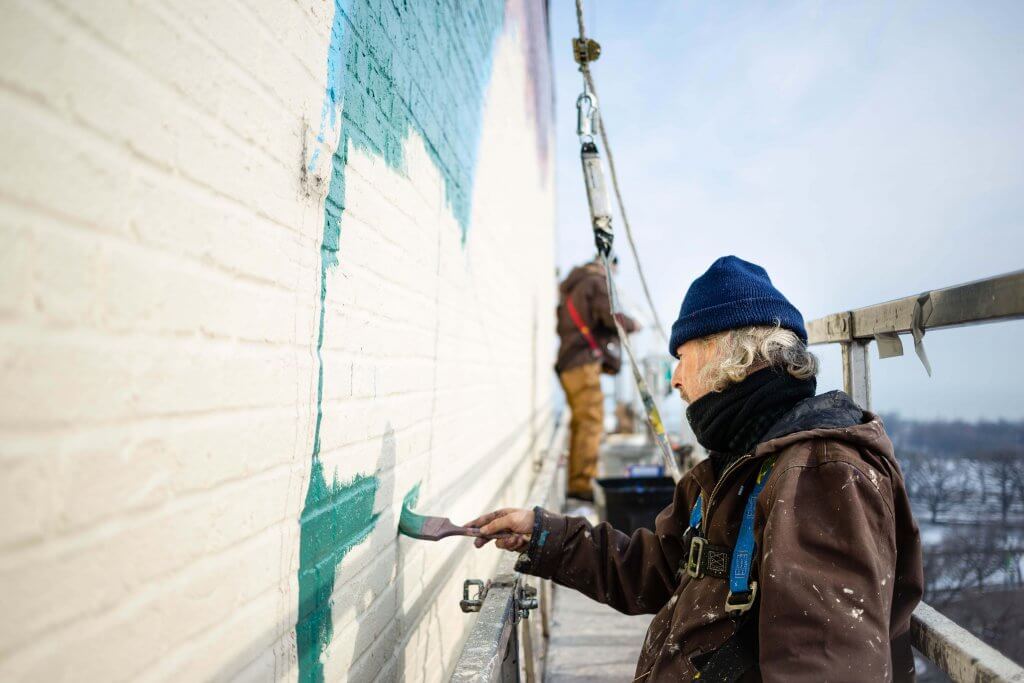 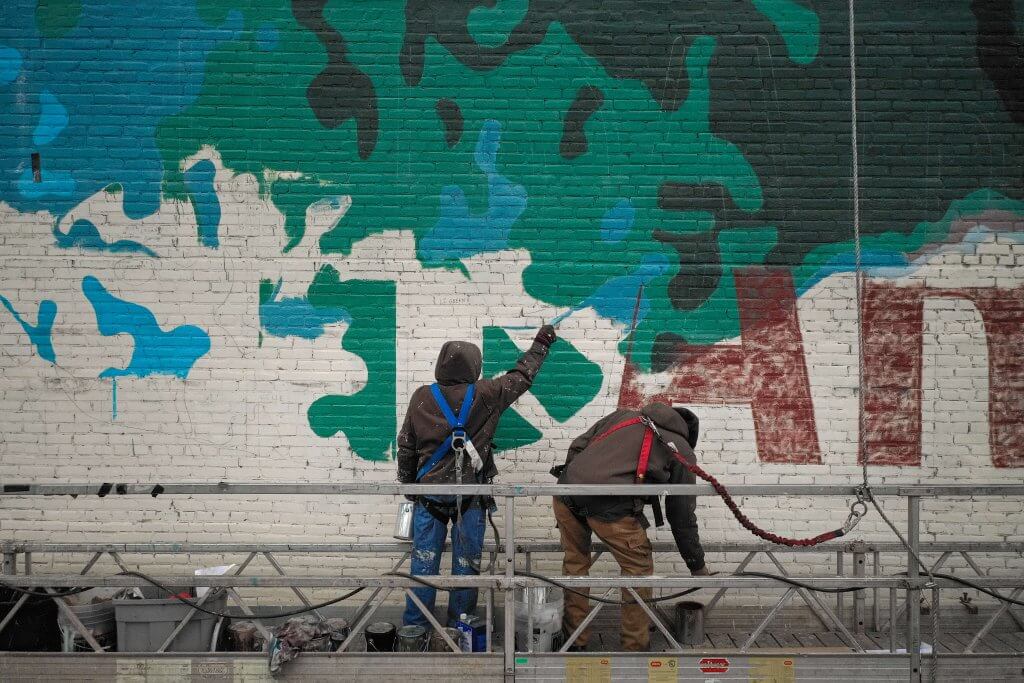 Ches and Randy adding the final touches to the Lincoln mural. 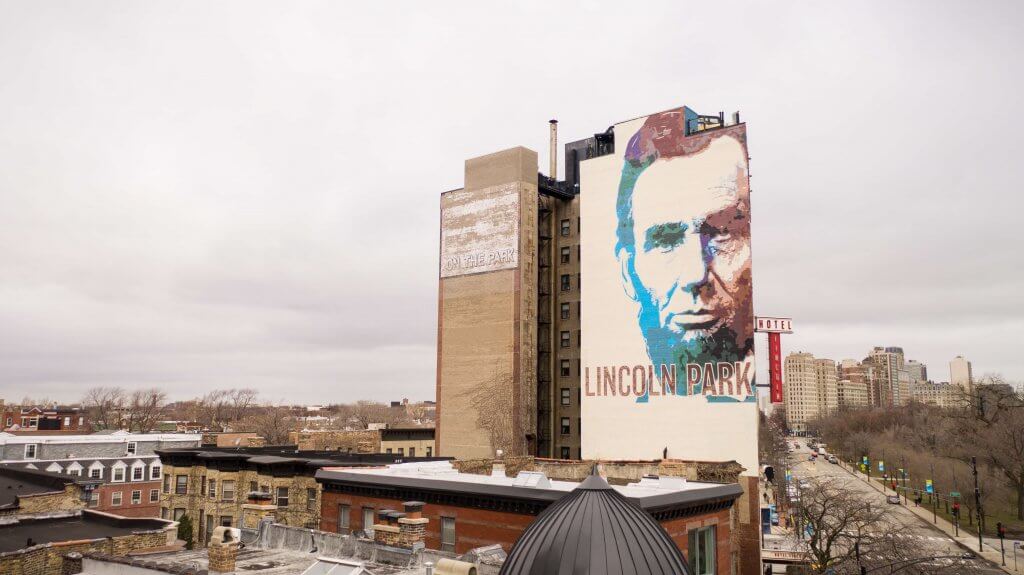 The final shot of the Abraham Lincoln mural at the Hotel Lincoln in Lincoln Park – Chicago, Illinois. Completed December 24th, 2018 by Ches Perry and Randy Pestka of Right Way Signs of Chicago.